With an active online community, PC Club had many web events. Most of them consisted of a combination of web and store related activities. Here are some of the web related events that PC Club organized:

Case Modification Contests (2002 - 2005)
Case modification was a relatively small when it first started. Only a few computer enthusiasts were able to modify their case to do all what they wanted to do. Parts were hard to get and were often specially made and expensive. What started with discussions on PC Club forum in 2002, became a full case modification contest. The first event was relatively small but it was well received.

PC Club hosted four years of case modification contests. The most people participated in Case Madness 3 contest where over 75 different cases from around the nation entered. The last Case Modification Contest was in 2005. 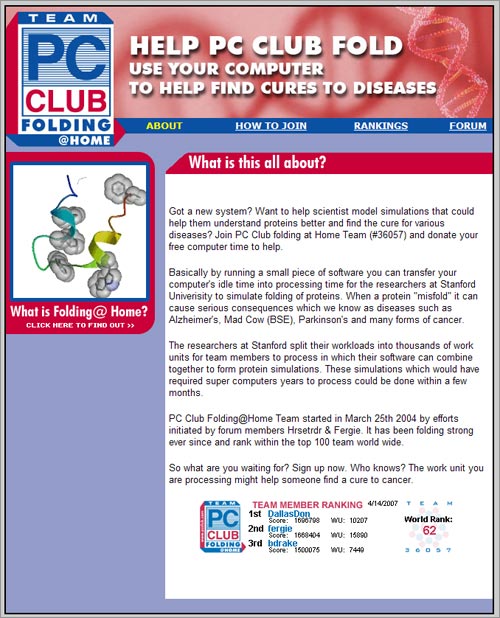 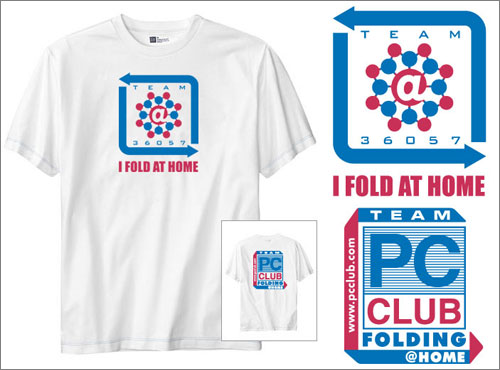 PC Club Folding@Home team (Team #36057) started in March 25th, 2004 by efforts initiated by forum members Hrsetrdr & Fergie. These passionate team members spent their CPU cycles to help compute gene “folding” simulations from Stanford University to help find cures for various genetic diseases. A contest was held where PC Club stores and its customers competed for various prizes. On December 7, 2004 (less than 9 months from when the team was formed), Team PC Club was ranked Top 50 in the world. 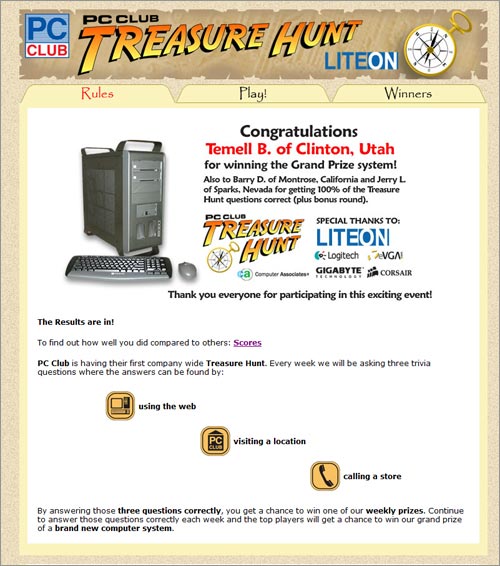 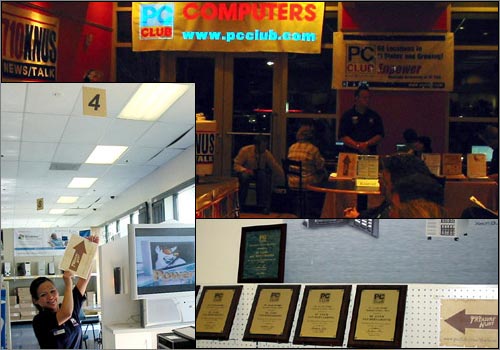 ​The PC Club Treasure Hunt event was a 12 week event in 2005 where people had to answer three questions each week for a chance to win prizes. These questions were had elements from various store locations, product information and services. The grand prize was a computer system.
Case Madness LinksFolding@Home LinksReferences: