What started as a landing page with nothing became into a fledge e-commerce website with an online community. Take a trip to the past and view all the past revisions of the website.

Initially PC Club website was just a landing page. The web was still at its infancy with Windows 95 as the main operating system. Internet Explorer was just an add-on and the Intel Pentium processor with MMX was becoming mainstream. A lot has changed since then. 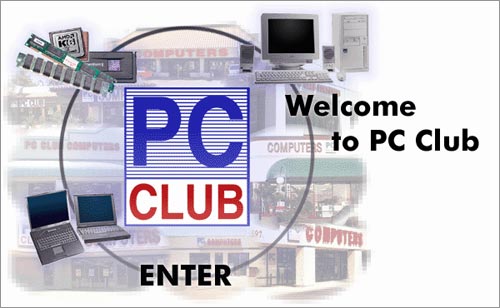 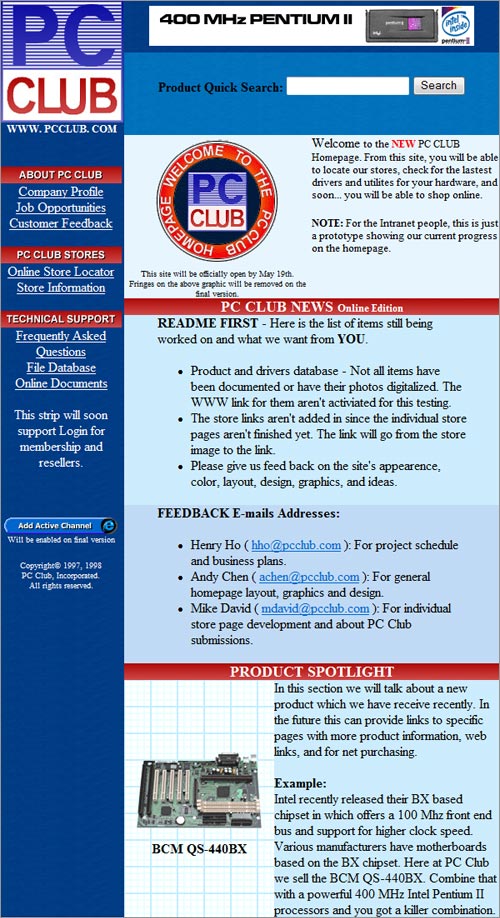 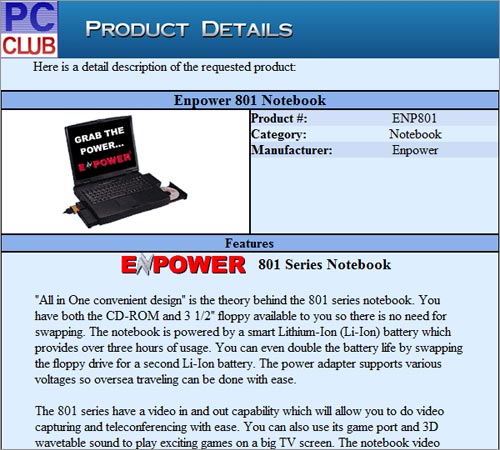 In 1998, PC Club released their first site. It was not a full e-Commerce site but more of an online catalog. We used The Vision Factory's Cat@log software to build the site. The web is still new with the "splash" intro page being the latest thing. It was a hard task getting the site up at that time since product images needed to be digitized. Vendors themselves might not even site or images available to share. You can see from our prototype site some of the obstacles we had to go through to get the site up. One of the more exciting features of the website was the online system configurator, it was one of the first available with real-time feedback of improper configurations. 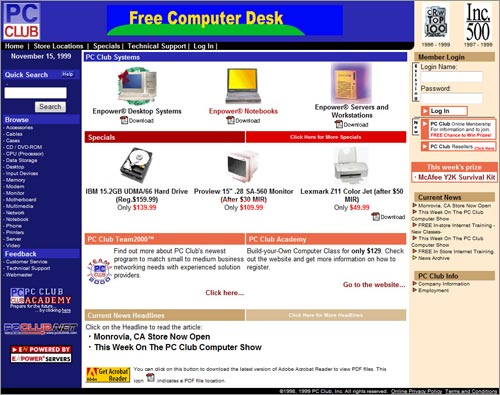 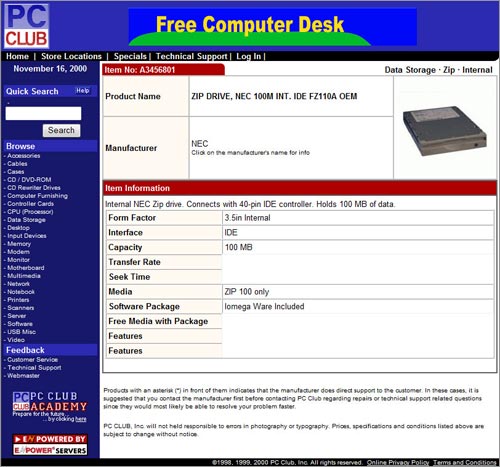 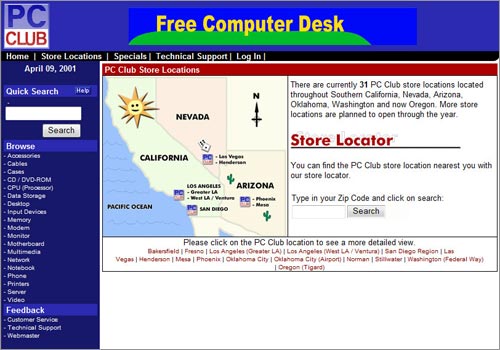 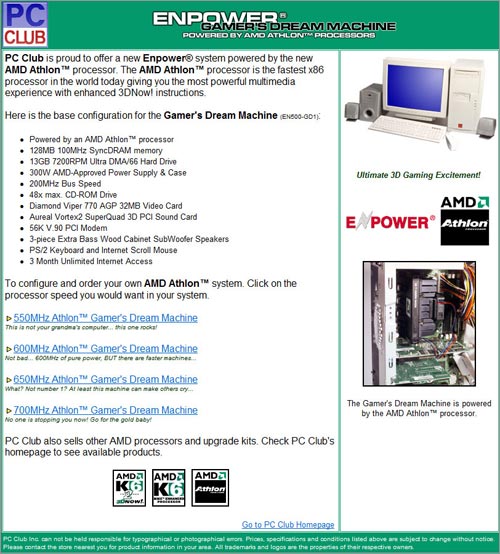 ​Towards mid 1999, another revision of PC Club website was released still using Cat@log as the platform. Usability was enhanced and more features were added including product categories, better product descriptions, and regional pricing for people who registered. Many other PC Club websites were created during this period included an updated Enpower site plus various promotional web pages. A server configurator was added to the popular configurator series. 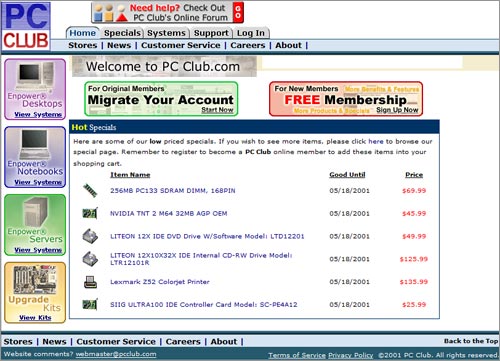 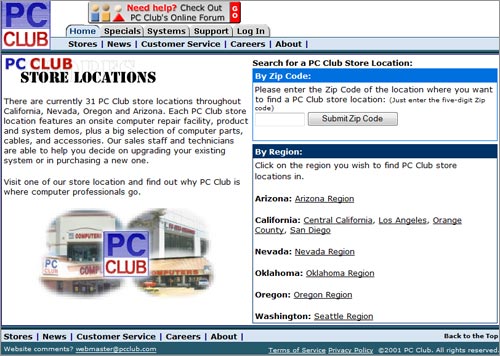 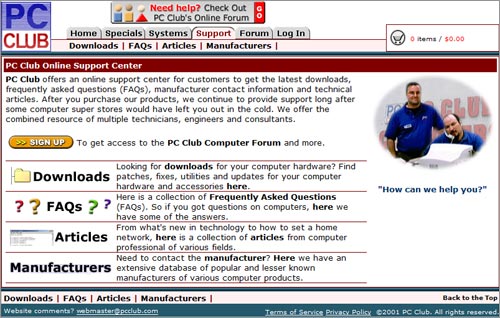 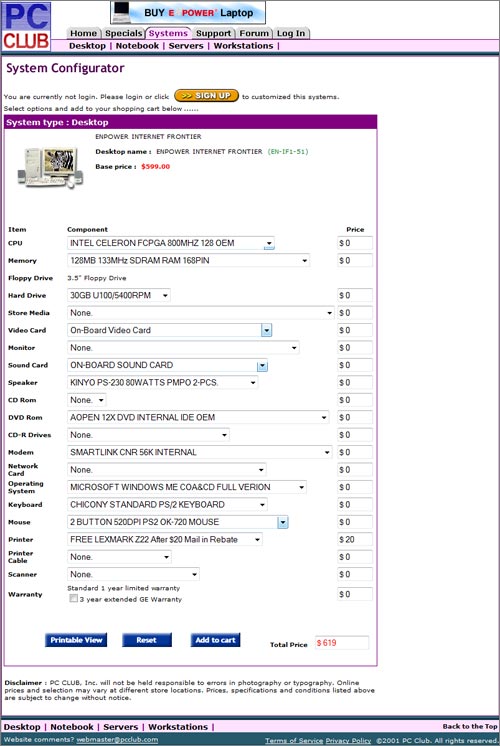 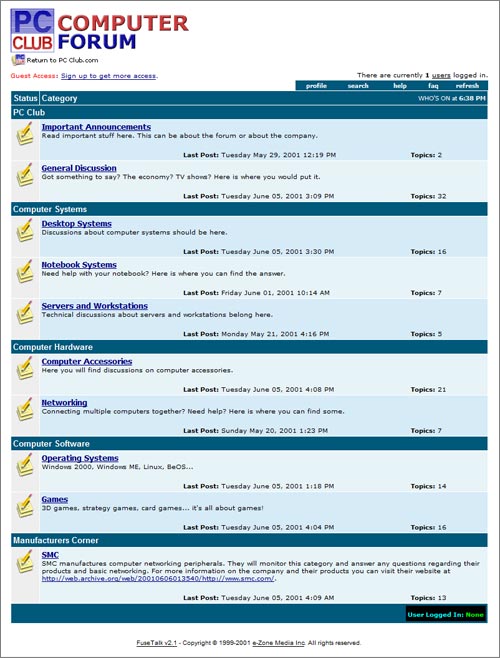 ​From spring of 2001, the new website using ColdFusion as a platform was released. By switching platform, PC Club website inherited the ability to do a lot of new features from the ability to do online transactions to an online forum. Support information was quickly integrated into databases and shared for public consumption. 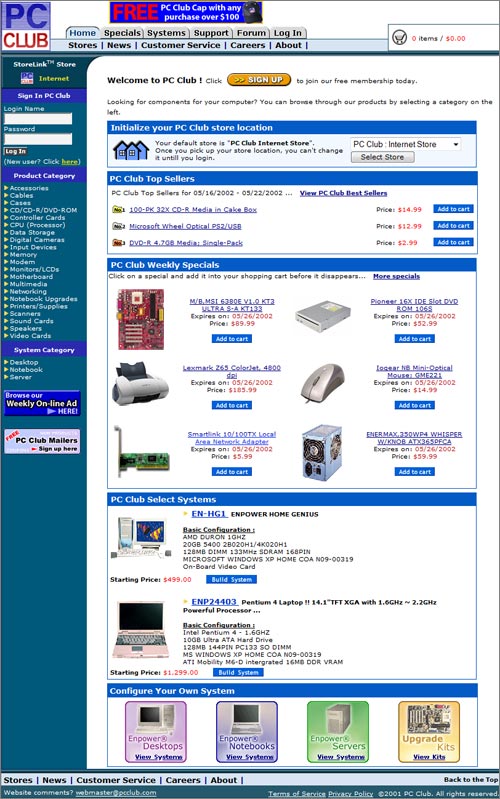 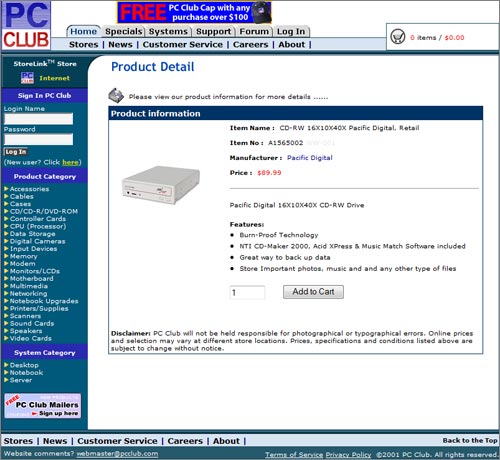 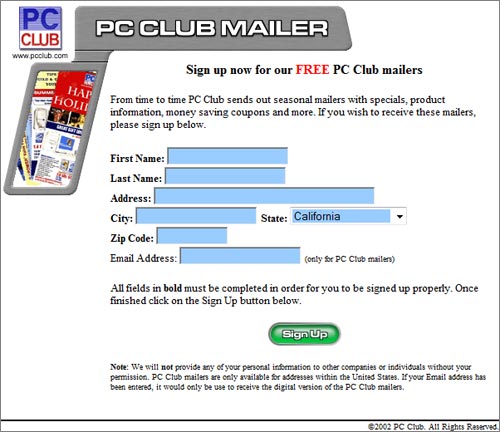 At the latter half of 2001, the website was revised with some layout modification to improve usability. The StoreLink™ process for store pickup was introduced. Top sellers information was added to show top products that were purchased. Registration was available online for multiple marketing projects. 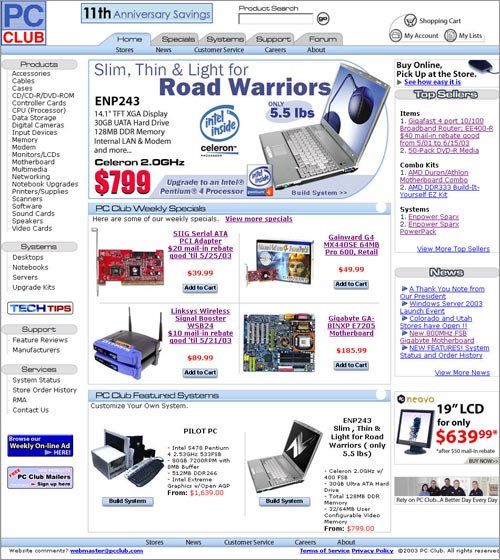 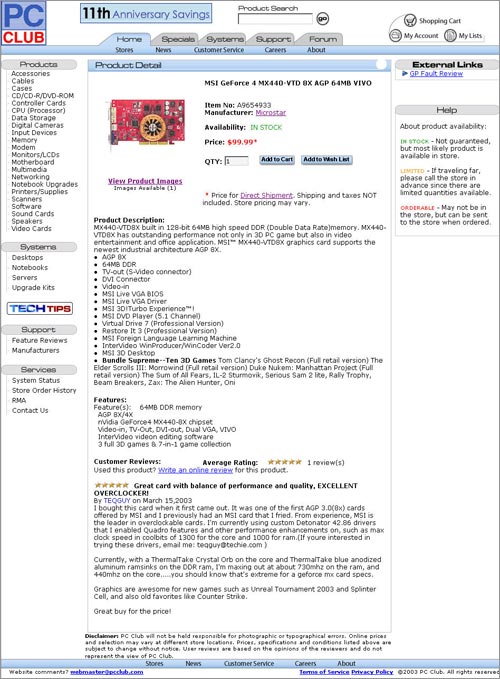 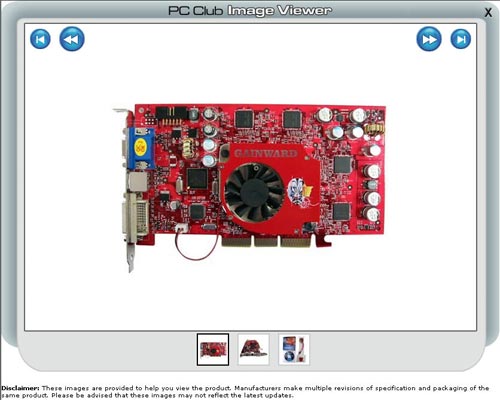 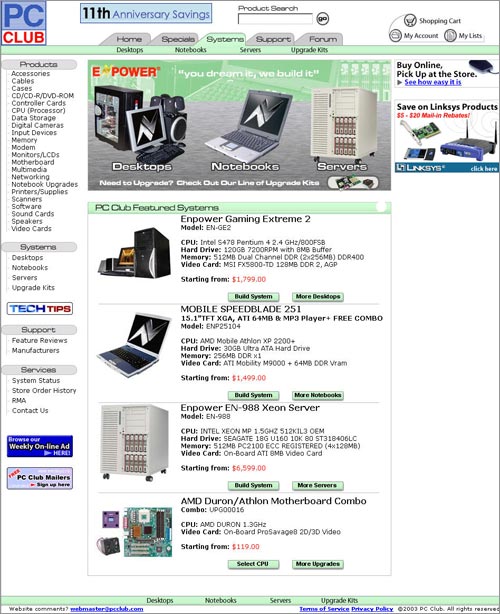 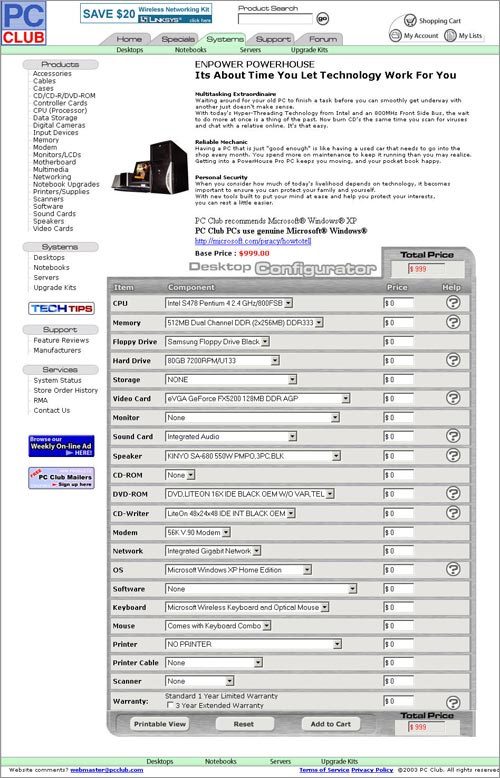 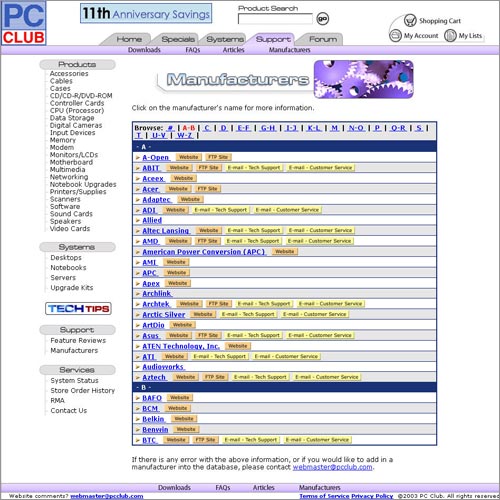 In 2003, PC Club website was updated with a new look. It was always believed that a website should be modified every 2-3 years to keep everything fresh. Some features and enhancements were added to the website like a better clearance section, better product image viewer, an updated configurator and a more streamlined checkout process. This was the version before the final version of the site that was launched in 2005.
References: